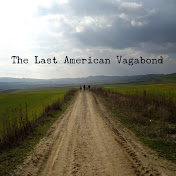 YouTube banned The Last American Vagabond during a live stream. The seven and a half year old channel had nearly 103k subscribers and over 14.5 million total views across more than 2,000 videos.

@YouTube Just proved me right, by deleting TLAV. This happened because I am asking questions they don’t like. Facts are fake news on YouTube. But don’t fret, this was always going to happen. I called it below. They didn’t even send me an email. Cowards. bitchute.com/video/8wxVWvxJ…

The Last American Vagabond pushed back when YouTube attempted their usual, two-faced customer service a couple days later on Twitter, saying they were “Sorry to hear about the trouble” and that he could contact them if he thought his channel “was terminated by mistake.”

Are you serious? Don’t meekly come into the comments acting like you want to resolve anything. Not even an email was sent before you removed a decade a work. That’s not how an honest party operates. How about this: If YOU think this was done in error, you email ME #BoycottYouTube