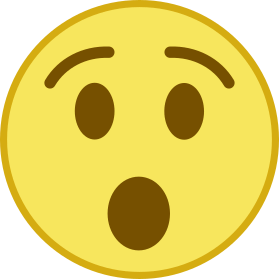 Project Veritas released an exposé regarding Google’s political and election influence. Google did not comment or respond to this publication in any way, and it received almost no corporate media coverage. The full exposé was broken into three videos of hidden camera footage which were released over the course of three days. Below are some highlights. The full videos are available on the Project Veritas website (linked below).

Part 1 featured Ritesh Lakhkar, a Technical Program Manager for Google Cloud. Veritas highlighted his quote of how Google is “Plain and simple trying to play god” refering to the manipulation of Google Search. However, perhaps more damning, he talked about how Google has likely collaborated in secret with the CCP (Chinese Communist Party), as well as both the Democrat and Repubilcan parties in the US:

[…] the wind is blowing toward Democrats […] even though GOP may have good traits, […] so let’s skew the results towards Democrats. I guarantee you four years from today, after the elections, depending on the performance, the wind may blow towards GOP.

Part 2 featured Adriano Amaduzzi, an employee from Google’s overseas Ad Sales division. He talked about how Google disallows advertising for “right-wing parties” and those that the company determines are spreading “hate speech.” This is on top of doing things such as offering free advertising to Democrat Organizations. He also mentioned how he prevented the UK Conservative Party from advertising about Brexit by simply not responding to those customer requests:

Funnily enough, about Brexit, I had a guy […] contacting me, saying “Hi I’m the Head of Digital Infrastructure of the Conservative Party of the United Kingdom. We would like to do advertising with Google. Could you help me with that?” I was like, I didn’t answer.

Part 3 featured Ashwin Agrawal, the Head of Global Competitive Analysis for Google Cloud. He did talk about the aspects of Google Search and Google Ads that were mentioned in the previous videos, but mainly focused on Google’s ability in general to influence people without their knowledge…

I think it doesn’t matter whether someone in Facebook or Google is sitting and thinking about this. The truth is that these platforms are influencing you in a way that you didn’t sign up for, that’s my view.