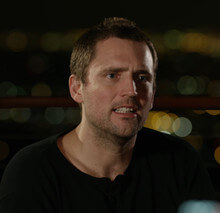 Patreon banned comedian Owen Benjamin for “hate speech.” He did a live stream regarding this ban, in which he said the following:

How can a crowd-funding site, that’s supposed to support independent artists, turn me down? I’m the definition of what Patreon should be all about. Someone who does not call for violence, does not hurt people, who’s liked by a wide range of people around the whole world.

If I’m the bad guy, your company will not work.

After Owen Benjamin was banned, 72 of his patrons filed for arbitration against Patreon, as was allowed under the version of Patreon’s ToS to which they agreed. Patreon sued them in an effort to stop the cases from moving forward since Patreon would have to front the costs for each case of arbitration, up to $10,000 per arbitration. In July of 2020, Patreon lost.