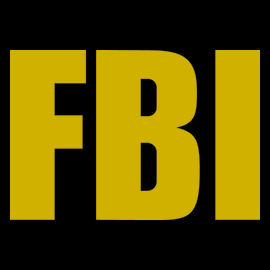 Google, Facebook and Twitter assisted the United States Department of Justice, specifically the Federal Bureau of Investigation, in seizing 92 domain names that were allegedly being used to promote Iranian propaganda. An excerpt from the press release reads as follows:

According to the seizure documents, four of the domains purported to be genuine news outlets but were actually controlled by the IRGC and targeted the United States for the spread of Iranian propaganda to influence United States domestic and foreign policy in violation of the Foreign Agents Registration Act (FARA), and the remainder spread Iranian propaganda to other parts of the world. In addition, the seizure documents describe how all 92 domains were being used in violation of U.S. sanctions targeting both the Government of Iran and the IRGC.

An FBI agent gave a shout out to Google for providing the initial intelligence and to Facebook and Twitter for assisting as well. He also talked about how this was a “perfect example” of why the FBI “prioritizes maintaining an ongoing relationship with a variety of social media and technology companies”:

“Today, we successfully seized 92 domains involved in a disinformation campaign conducted by Iran-based actors to promote pro-Iranian propaganda. This investigation, initiated by intelligence we received from Google, was a collaborative effort between the FBI and social media companies Google, Facebook, and Twitter,” said FBI Special Agent in Charge Bennett. “This case is a perfect example of why the FBI San Francisco Division prioritizes maintaining an ongoing relationship with a variety of social media and technology companies. These relationships enable a quick exchange of information to better protect against threats to the nation’s security and our democratic processes. […]