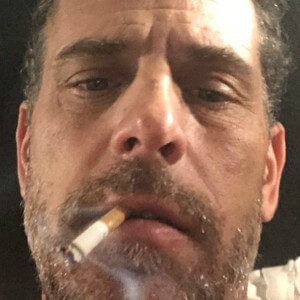 Facebook and Twitter suppressed an exposé published by the New York Post about Hunter Biden’s corruption. Facebook spokesperson (and former Democrat Party opertative) Andy Stone confirmed that the platform is in fact reducing distribution of the article:

While I will intentionally not link to the New York Post, I want be clear that this story is eligible to be fact checked by Facebook’s third-party fact checking partners. In the meantime, we are reducing its distribution on our platform.

Twitter took it to another level by classifying the material obtained by The Post as “hacked material”, despite the fact that it was reported from the very beginning that this material was taken off of a hard drive by a computer repairman who turned everything over to the FBI and, after not hearing back from the FBI for some time, to Rudy Giuliani’s attorney, Robert Costello.

Regardless, Twitter blocked the link to The Post’s story and prevented users from tweeting or retweeting it. Additionally, they started locking and suspending accounts that were able to share the link before it was blocked, starting with The Post’s main account of 1.8M followers, by requiring them to delete the tweet of the Hunter Biden news story in order to regain access to their account:

The Post’s primary Twitter account was locked as of 2:20 p.m. Wednesday because its articles about the messages obtained from Biden’s laptop broke the social network’s rules against “distribution of hacked material,” according to an email The Post received from Twitter.

The many subsequent suspensions and continued link blocking sparked so much controversy that Twitter’s “Trust and Safety” finally issued a statement in which they clarified that by “hacked” material they really meant “obtained without authorization.” Glenn Greenwald, journalist and co-founder of The Intercept, pointed out the startling implications of this policy stance if “applied consistently”:

Look carefully at what Twitter is saying to justify censoring the Biden story. If applied consistently, it’d mean that some of history’s most consequential journalism — the Pentagon Papers, WikiLeaks’ war logs, Snowden docs, Panama Papers, our Brazil Archive — would be banned.