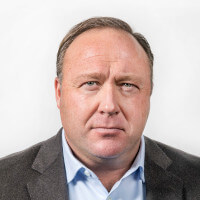 Alex Jones was banned from several social media platforms, starting with Apple and Facebook. Facebook released a statement regarding their removal of several pages related to InfoWars:

As a result of reports we received, last week, we removed four videos on four Facebook Pages for violating our hate speech and bullying policies. These pages were the Alex Jones Channel Page, the Alex Jones Page, the InfoWars Page and the Infowars Nightly News Page. In addition, one of the admins of these Pages – Alex Jones – was placed in a 30-day block for his role in posting violating content to these Pages.